Proteins and nucleic acids (DNA and RNA) are the basic building blocks of life. They perform a multitude of functions–from sensing, transporting, and enzymatic regulation, to building the cell’s internal skeleton. Therefore, the fold and 3D-structure of these biomolecules is carefully controlled. A protein’s 3D structure determines its activity, creates receptor binding pockets and enzyme active centres.

Crystallography is one of the few methods that allows the structural determination of such macromolecules with atomic precision. By studying the interactions of crystallised molecules by means of high energy X-rays, it is possible to pinpoint the location of atoms and their bonds in a given molecule of interest.

During this course, we will set up a protein crystallisation experiment, learn the operation of high-precision pipetting robots, and cryogenically freeze protein crystals to prepare them for X-ray data collection at the synchrotron.

We can recall ourselves as a set of thousands of millions of building blocks that synchronize and match in a perfect way in order to make a living organism. Those building blocks are called molecules and comprise four main groups in the living organisms: lipids, carbohydrates, proteins and nucleic acids. Those molecules interact in a perfect way in order to build up a higher level of complexity: cells. As a result, cells are not only the result of molecules but of a perfectly synchronized network of interactions that work extremely efficient in order to make processes such as transcription, translation, mitosis, signalling pathways, etc.

The correct interaction between any two molecules (e.g. a protein and DNA) depends heavily on their 3D structure. In turn, this structure is acquired through a process of folding, guided (again) by intra-molecular interactions. One of our main interests is understanding, modelling, and predicting the 3D structure, dynamics and interactions of nucleic acids.

In this course, we will see biomedicine from a computational perspective. Some of the diseases in the biomedical sector, including cancer, are driven by specific mutations on proteins or nucleic acids which drive an abnormal 3D structure and a lack of native protein to work as expected. Therefore, understanding the dynamics from a bioinformatic, chemistry and physic point-of-view will allow researchers develop therapeutic strategies that might serve as treatments.

The eukaryotic genome is tightly packed and organized into a compact nucleoprotein complex called chromatin, made up of DNA and histones. Histones are classified into two types. Core histones form the octamer core of the nucleosome and linker histones connect the linker DNA with the nucleosome. Linker histones play an important role in chromatin structure and function by binding to nucleosomes and modulating accessibility of DNA during replication and transcription. They are known to be de-regulated in several diseases and cancers. In higher organisms there are multiple variants of linker histones with redundant functions. Presence of multiple variants greatly increases the complexity of studying linker histones in vertebrates.

On the other hand, Drosophila melanogaster has only two variants, a somatic variant (dH1) and an embryonic\germline variant (dBigH1), providing an ideal model for studying these proteins. Using Drosophila as a model, we aim to understand the role of linker histones during development and disease. In this course you will learn how linker histones are implicated in development and disease along with practical training in fly genetics, dissection and immunostainings of various Drosophila tissues to look at complimentary expression of dBigh1 and dH1.

The concept of cellular plasticity has gained great relevance during the last years in the context of cancer and tissue repair. Cellular plasticity allows adult cells to regress to stem cell-like states through de-differentiation pathways.

There is an increasing interest in better understanding how these transitions occur both in vitro and in vivo and how they can be manipulated. This knowledge will be directly applied in regenerative medicine to improve current medical treatments.

Students will learn the basic techniques to culture differentiated and pluripotent stem cells and they will be trained to induce the transition between cellular states. Finally, they will have the opportunity to perform in vitro assays that will help us to recognize the ultimate state of pluripotency.

The fruit fly Drosophila melanogaster is a well- known organism in scientific research. 100 years of studies have demonstrated how powerful this tiny insect is. Great achievements from the concept of gene inheritance to the basis of normal development or several diseases, including tumorigenesis. The vinegar fly has also helped in so many diverse fields such as behaviour and epigenetics. The simplicity to genetically manipulate  the organism offers countless possibilities to study a complex organism.

Despite the obvious differences between humans and Drosophila, it is remarkable that, both at molecular and systemic levels, the fruit fly shares many similarities and conserved pathways with humans. Nearly 75% of human disease-causing genes are believed to have a functional homolog in the fly.

During this workshop, we will learn how scientists work to understand the complex multi-step processes that drive malignant development. We will focus mainly on brain tumors. Brain tumors are among the most catastrophic human cancers due to poor survival rates in patients and there has not been important advances during the last decades. For this reason, brain tumors are such an interesting field to explore.

In this course, you will be introduced to the basis of Drosophila melanogaster research. You will learn about fly genetics through experimentation by crossing flies, identifying genetic markers and balancer chromosomes, and applying other genetic tools used everyday in Drosophila laboratories worldwide. We will learn about the fly anatomy at different stages. In addition, we will also perform in vivo dissections, immunohistochemistry and use advanced microscopy.

The fruit fly Drosophila melanogaster is an impressive model organism that has a long history of helping researchers understand the basic processes behind several diseases and systemic behaviours. This tiny organism has emerged as a potent tool for genetic manipulation, offering innumerable possibilities to analyse the detailed interaction between cells and tissues.

On the molecular level, the fruit fly shares many similarities and conserved pathways with humans, and 60% of genes identified to be mutated, amplified or deleted in diverse human diseases have a counterpart in Drosophila.

During this semester, we will learn how to study the complex process of tumorigenesis using this model organism, both with a local and systemic approach. We will focus mainly on carcinomas, the most common type of tumour diagnosed in humans.

Carcinomas are derived from epithelial tissue, such as the skin, and they can become invasive or metastatic by spreading beyond the primary tissue layer and surrounding tissues or organs. In aggressive cancer cells, this transition is mediated by the activation of the EMT (Epithelial to Mesenchymal Transition) programme, which causes the cells to undergo morphogenetic alterations that increase invasive capacity.

In this course, we will introduce you to the first steps in fly genetics. We will cross flies, identify genetic markers and balancer chromosomes, and apply other genetic tools that we use in the lab every day. We will also learn about the anatomy of the fly in adult and larvae stages and use advanced microscopy to see several genetic markers. We will also perform in vivo dissections and their respective immunohistochemistry.

Scientific research and modern medicine have dramatically extended life expectancy, with the average person in the

developed world expected to reach 80 years of age or more. However, this extension in lifespan has had no effect on health span; that is, the number of healthy years a human lives. Aging is still characterised by multiple pathologies including frailty, heart disease, cancer, and neurodegenerative diseases, among many others.

One of the main hallmarks of ageing is cellular senescence, the phenomenon by which normal cells stop dividing. Senescent cells accumulate in an organism over time, secreting pro-inflammatory molecules and contributing to age-related diseases. There is an increasing interest in clinical medicine to better identify and target senescent cells, as their elimination may delay and ameliorate some age-associated diseases.

This course provides hands-on experience using different techniques to induce cellular senescence in normal cells. We will learn state-of-the-art techniques to study the molecular biology of senescent cells, analysing in vitro and in vivo samples. Finally, we will perform classical protocols, such as SAβgal staining, to detect senescent cells. These techniques will help us to understand, identify and target senescent cells for clearance, which is a promising therapeutic approach to extend health span.

Cancer is a disease involving abnormal cell growth (tumour) with the potential to invade or spread to other parts of the body (metastasis). It is the fifth leading cause of death worldwide, and most cancer-related deaths are due to metastasis. Our group recently identified a group of cells responsible for initiating and promoting metastasis in several types of human tumour. These cells are characterised by the overexpression of the protein CD36, which absorbs fatty acids from the cell membrane. The metastatic process is enhanced by fat intake, and tumour cells produce more aggressive metastases in the presence of specific fatty acids, such as palmitic acid. In the absence of CD36, the tumours do not develop metastasis, or existing metastases shrink. Thus, blocking fat metabolism may provide an effective therapy to treat cancer patients.

Our research group is interested in why some specific fatty acids are pro-metastatic. One hypothesis is that these fatty acids (e.g. palmitic acid) can covalently attach to proteins and modify their function.

In this course, we will learn how to detect ‘palmitoylated’ proteins by metabolic labelling of proteins in cell culture with a palmitic acid-mimic compound. 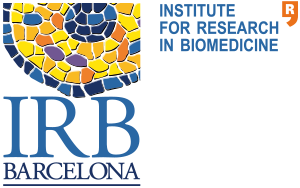